Saturday 1 October saw Ashurst’s 7th annual Apple Day at the Church Rooms in Deerleap Lane. The day dawned with heavy rain and we feared a repeat of the rather soggy Village Fete. However, the weather proved kinder and a sunny day followed.

A couple of professionals at work!

The Ashurst and Colbury Community Group first organised its Apple Day event in 2009. Interest was keen and the small apple press we had at the time was simply not enough to cope with the huge amount of fruit that people brought in to juice. A couple of years later, and thanks to a Sustainable Development grant from the New Forest National Park Authority, we acquired three presses and scratters that have been put to good use since. A scratter, by the way, is the machine that crushes up the apples to get them ready for juicing in the presses.

The ladies who do lunch…

This year alongside the pressing business the Church Room kitchen was humming with activity. A wonderful range of (you guessed it – apple based mainly!) cakes and chutneys were on sale together with Ploughman’s Lunches.

Those who brought apples in were able to discover what variety of fruit they had thanks to our Apple Book and various information sheets. There was a competition to see who could make the longest peel – with th 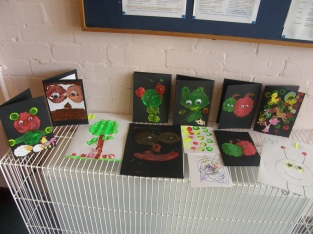 e winner coming  in at more than 5 feet! And younger scratters were greatly entertained on the arts and crafts table, painting and generally being very creative…..

It was a great community and family event which saw many litres of fresh apple juice produced. And afterwards the pressed apple pulp was taken along to Longdown Farm for the pigs to enjoy – oink….hic! 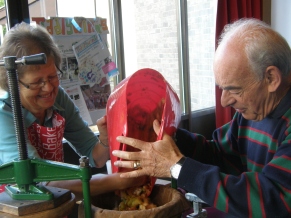 Plans are already in hand for next year’s event….if you’d like to be involved please get in touch

One thought on “A-scratting we did go…..”

Some activities of the ACCG 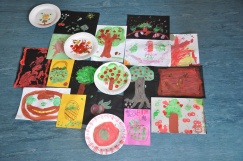